Pirates of the Caribbean meets the Avengers in this fun, swashbuckling fantasy series, co-authored with Helena George
​ 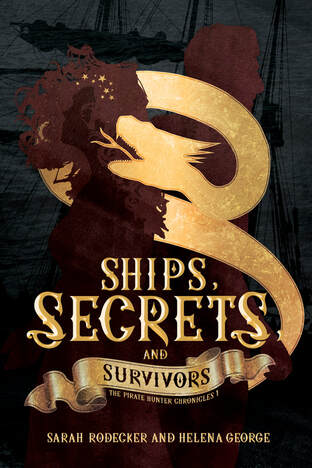 Ships, Secrets, and Survivors (Book One)

An assassin trainee fleeing his profession.

A princess risking her reputation.

A talking ship with a mad captain.

Ravin should be dead. No one forsakes the assassin profession and lives. Attempting to evade capture and certain death, Ravin hides on a ship as part of the crew. Then his name is announced on Selection Day for the annual Scaera Dumeda, despite him never taking the entry test, declaring to the entire world—and the assassins hunting him for revenge—that he is alive.

Princess Adima Radi Kashinda dreams of more than someday ruling Antovan. She desires to make a true difference for her people. When her name is called on Selection Day, she throws away her title, despite the uncertain future ahead. This may be the opportunity she hoped for.

When some of the other selectees are murdered, Ravin and Adi are among the suspects. With the help of Ravin’s captain and crew, they sail away to hunt down the killer and clear their names. Can they catch the murderer when he always seems to be at least one step ahead?
Purchase Now! 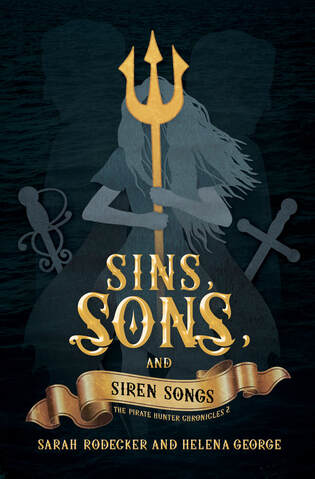 A song on the wind.

A broken crew to mend.

A family’s honor to be upheld.

Leading a crew is harder than Adi thought. Six months after she took up the mantle of captain, she finds herself facing more problems than she bargained for: a grieving crew and rumors of sirens attacking local ports. But the crew of the High Dragon might have finally found their match in the mythical people of the sea.

Ravin’s life was almost normal, until he finds an assassin lurking outside Master Jermaine’s shop and is forced to flee once more. But Treynair del Mankayl cannot be avoided forever and Ravin has to decide his fate: to run for the rest of his life or stand up and face his greatest nightmare by fighting his father. Only this time, he isn’t just trying to save his own life, but that of another as well.

When Adi and Ravin’s paths cross once more, they are thrown into a storm of myths,
assassins, and consequences. But will they be able to weather it with the crew tearing at the seams?
Purchase Now
Purchase now 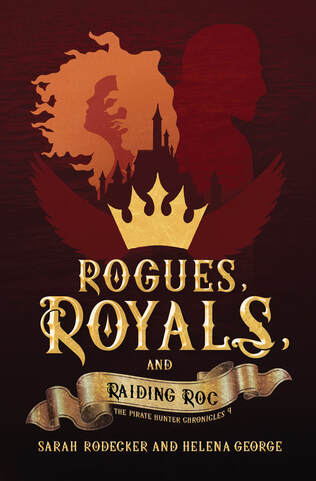 ​Two queens fighting for a throne.

A king returns to his home.

And the master of the seas.

Three years, and Pirate Queen Bonnie Clearwater still sails the seas. She continues to evade the pirate hunters, and her army only grows stronger until it threatens the whole Alliance of Kingdoms. In a desperate move, Captain Adi sails to the east to look for allies before her cousin begins to march across the kingdoms, one by one.

Meanwhile, Ravin must do the impossible—return to his home country of Arrothray and gain the leadership of the del Mankayl assassin clan. After running from his past for years, the time has come to confront the truth behind his family name.

The Red Wind Legends were once fire-side stories, told by sailors, parents, and travelers. But they continue to grow, wild and free, like the seas themselves. As the Alliance makes a final desperate stand against the Pirate Nation, the legacy of the Master of the Seas holds the key to victory.
PUrchase now