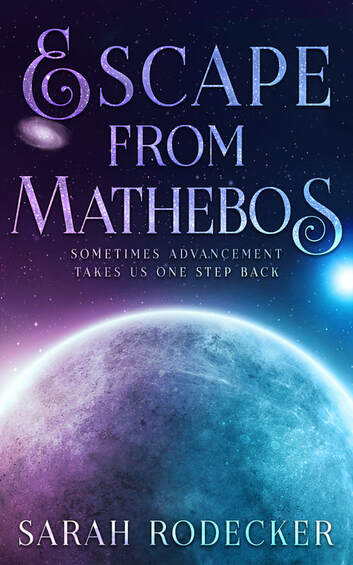 A standalone Science Fiction novel
The people on Mathebos are dying. The Blue Death, a plague that suffocates its victims, is spreading across the planet, leaving its inhabitants with two impossible options: wait for a cure that may never come or leave their home in search of a new planet.

Eriska Insolna lost her parents to the Blue Death and failed her intergalactic license test on the same day, sending her dreams up in flames. She knows it’s the air of Mathebos suffocating her people, but without a pilot to take them to a new planet, they’re all out of hope. With her chance of getting her intergalactic license gone, she certainly can’t fly humanity to safety. But when her best friend and co-pilot falls ill to the Blue Death, she knows she has to fight to overcome her doubts and find a way off the planet.

Up and coming scientist, Yuri Aybram, imagined his twenties would be spent making huge discoveries and rolling in fame. Instead, he finds himself suffocating amongst government schemes. After his mentor, Fransix Arman, is arrested for digging too far into the truth, he entrusts the cause of the Blue Death to Yuri, hoping that Yuri will reveal it to the public. Only one problem: Yuri doesn’t agree with Fransix and isn’t about to threaten his life for some insane theory. It isn’t until he’s invited to speak at the Conference for Disease Research in Fransix’s place and finds himself entangled in a web of cover-ups that he realizes Fransix might have been right all along.

As Eriska and Yuri find themselves sucked into the black hole of government conspiracy, they must race to reveal the truth behind the Blue Death to the masses before it’s too late. Skyward meets Cinder in this exciting novel about a desperate search for home.
Order Signed Paperbacks